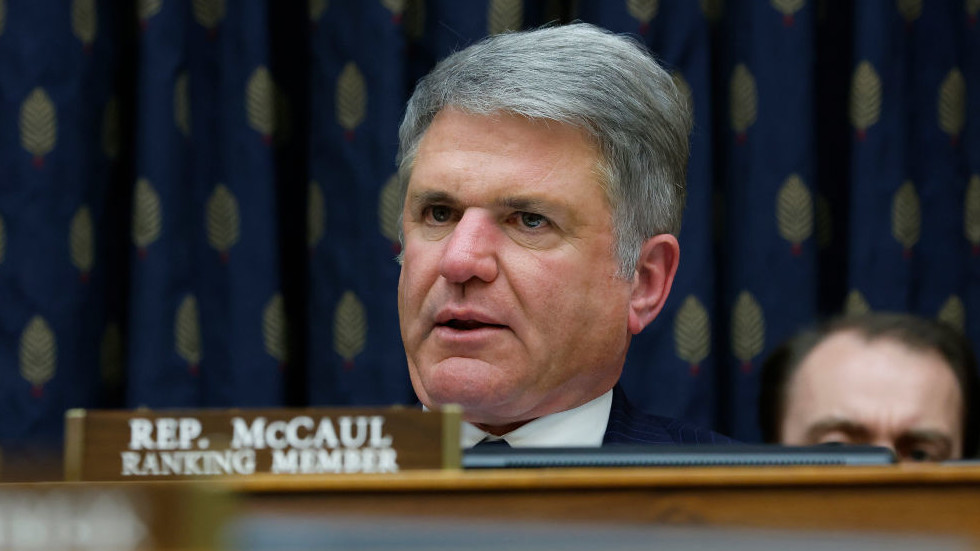 Two key Republican congressmen have dismissed suggestions that the new majority party in the US House of Representatives will cut military aid to Ukraine. They instead called for greater oversight over the billions of dollars’ worth of weaponry flowing to Kiev from Washington.

“I think the majorities on both sides of the aisle support this effort,” Rep. Michael McCaul said on Sunday in an ABC News interview. “I think everybody has a voice in Congress, and the fact is, we are going to provide more oversight, transparency and accountability. We’re not going to write a blank check.”

The “blank check” reference echoed a term used by Rep. Kevin McCarthy, who’s likely to become speaker of the House in January following Republican victories in this month’s midterm congressional elections. However, while McCarthy seemed to suggest that aid bills might not be easily approved amid an economic slump, only a few conservative Republicans, such as Marjorie Taylor Greene, have actually opposed sending billions of dollars of aid to Ukraine.

McCaul, a Texan, was joined in the ABC News interview by fellow lawmaker Mike Turner of Ohio. Both are currently the ranking Republicans on the House Foreign Affairs Committee and the House Intelligence Committee, meaning they are likely to chair two of the panels most focused on national security when the new Congress convenes on January 3.

READ MORE: US Republicans call for scrutiny of aid to Ukraine

While both men called for greater accountability over how Ukraine aid is doled out, neither expressed concern over escalating the conflict. In fact, McCaul demanded that Washington send longer-range weaponry to Ukraine, and he scolded President Joe Biden’s administration for holding back on some military hardware. Russia on multiple occasions has warned that giving longer-range weapons to Kiev would cross a “red line,” making the US a “direct party to the conflict.”

Asked about the risks of providing weapons that could hit targets farther into Russia, McCaul said, “Crimea’s not part of Russia under international law, so if they can hit into Crimea, I think that’s fair game. I think the problem is, they don’t want to be provocative.”

Bipartisan support is reportedly building to require tracking of the weapons sent to Ukraine. Only about 30% of the weaponry given to Ukraine by the US and its Western allies makes it to the front lines because the aid has to run a gauntlet of “power lords, oligarchs [and] political players,” CBS News reported in August. The outlet later amended its report and canceled the airing of a documentary on the subject amid an outcry from Ukraine’s government.