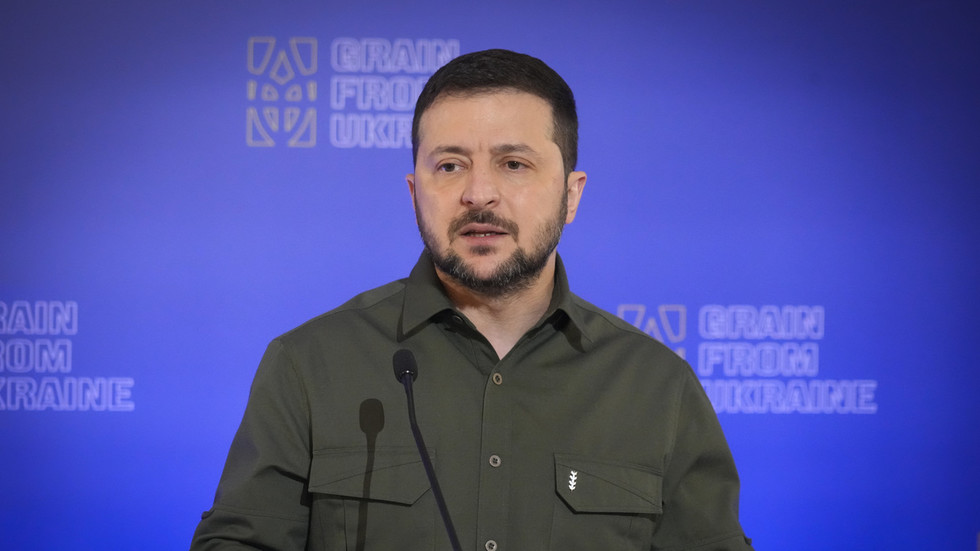 Ukrainian President Vladimir Zelensky is a “corrupt strongman” who “demands” money from the US taxpayer, Fox News host Tucker Carlson declared on Thursday. Carlson is a prominent critic of Zelensky, whom he already accused of attempting to drag the US into a “third world war.”

The nation has allocated a total of $68 billion in military and economic aid to Ukraine this year and the White House asked Congress last week to approve another $37 billion before Republicans retake control of the House of Representatives in January.

This combined expenditure is “double what we spent every year in Afghanistan,” Carlson exclaimed on Thursday, adding that Zelensky “doesn’t just ask the US Congress for money, he demands it.”

“Who is that guy?” he asked. “He’s some corrupt Ukrainian strongman. Where does he get that attitude?”

Next Ukraine will ban FOX TV, if they haven’t already pic.twitter.com/CD8thjKldB

Carlson’s guest, former US Special Operations pilot L. Todd Wood, explained that although Zelensky’s political career was bankrolled by billionaire Igor Kolomoysky, he has since seized his former patron’s assets and “now has a bigger and more important and more powerful and more rich benefactor, that being the Biden Administration.”

Citing recent reports, as well as his contacts’ alleged experience on the ground in Ukraine since 2014, Wood claimed that “only 30% of the supplies and military aid” heading for the country “is actually getting where it’s supposed to go.”

“This is the varsity team of money launderers in Ukraine,” he stated, claiming that Zelensky and his officials “don’t want peace.” Instead, he argued, “they want the money train to continue,” for the benefit of themselves and the US defense contractors supplying Kiev’s forces.

Carlson has also been a long-time critic of the US’ support for Zelensky, arguing that Ukraine is not democratic, and that intervening in its conflict with Russia is not in America’s national security interest. Earlier this month, he accused Zelensky of “lying on purpose to get us into a war,” after the Ukrainian president tried to blame a missile explosion in Poland on a Russian projectile, when one of Kiev’s own missiles was responsible.